Offering an experienced approach to title

Protecting your significant investment is at the heart of everything we do. Sycamore Title is a lighthearted title company, with a serious commitment to our customers and strengthening the roots of the amazing communities we serve. 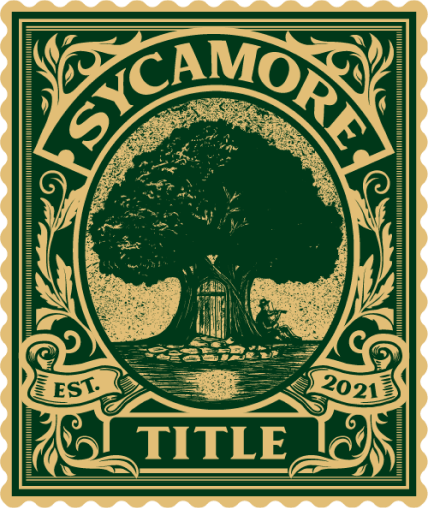 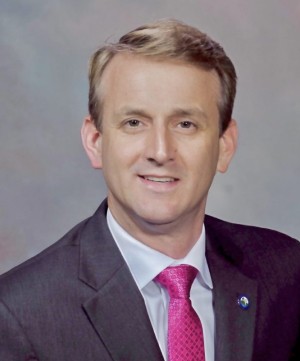 Chris Winslow has spent his life working in public service. Born in Prince William and raised in Gloucester County, he attended the University of Mary Washington and graduated with a degree in Political Science. Following commencement in 2001, Orange County Prosecutor Rob Bell asked Chris to be his Campaign Manager for the 58th House District seat vacated by Delegate Paul Harris and once held by Thomas Jefferson. Chris led the campaign to a landslide victory in the November election and served as Legislative Assistant to Delegate Bell (Albemarle-58) during the 2002 and 2003 General Assembly sessions.

During that time, Chris evaluated and made recommendations on a wide range of legislation including enhancing penalties for drunk driving, peeping and dog-fighting, preserving the rights of midwives, and strengthening parents’ right to home school their children.

Following the attacks on September 11, 2001, Chris entered the United States Navy as an Intelligence Specialist Petty Officer. While serving, he studied at the Thomas Jefferson School of Law.

Chris is admitted to practice law in all Virginia General District and Circuit Courts, the Virginia Court of Appeals, the Virginia Supreme Court, the United States Bankruptcy Court for the Eastern and Western District of Virginia, and the U.S. District Court for the Eastern District of Virginia. In 2008, he was a contributing author on the Virginia Continuing Legal Education publication, “Defense of Serious Traffic Cases in Virginia.” Chris is a member of the Chesterfield County Bar Association, NACBA, and the Bankruptcy Section of the Richmond Bar Association.

Upon returning from active duty, Chris clerked for Delegate Manoli Loupassi (Richmond-68) and completed further graduate work in homeland security at the University of Richmond. He also taught courses in the criminal justice department at Bryant & Stratton College.

In 2011, he joined the Political Science and International Affairs Department at the University of Mary Washington, teaching PSCI422 American Civil Liberties.

Chris is active in veterans’ organizations including American Legion Post 186. As President of the Midlothian Rotary Club for the 2014-2015 year, he led the Club to its first-ever receipt of the District 7600 Governor’s Cup for its contributions to the community.

In 2015, Chris was elected to the Chesterfield County Board of Supervisors representing the Clover Hill magisterial district.

Chris lives with his wife Kim and their daughter and son.
Read more

Sarah’s focus has remained in the civil arena, including estate practice and representing both small businesses and individuals throughout the Commonwealth and the State of Florida with their business legal needs. In both estate work and small business work Sarah utilizes a goal oriented approach to address her client’s legal issues.

Sarah has the distinction of being ranked as an AV-Preeminent™ rated attorney. In addition, she regularly instructs other lawyers in estate and business related topics in Virginia and nationally. Sarah is admitted to practice law in all state and federal courts in the Commonwealth of Virginia and the State of Florida.

Sarah is married with two children. She is active in the community and enjoys spending her free time traveling with her family and reading. 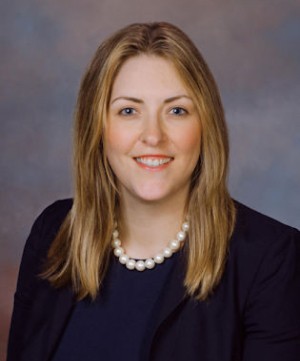 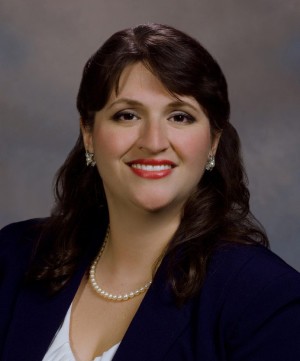 Erika MacCormac practices in the area of family law, focusing on divorce, child custody and visitation, spousal support, child support, adoption, and prenuptial and postnuptial agreements. Erika understands the myriad emotional, financial, spiritual, and practical implications and challenges presented by divorce and custody matters. She is equally comfortable in the courtroom trying a case or at the settlement table working on a collaborative resolution.

In addition, Erika routinely serves as a Guardian ad litem for minor children in the context of abuse and neglect proceedings, juvenile delinquency hearings, and contested custody and visitation litigation. She also presents for the National Business Institute on family law matters and serves as a guest lecturer at the University of Richmond Law School Family Law Clinic Seminar.

Erika attended Virginia Tech earning her degree in political science with a legal studies option, graduating magna cum laude, with memberships in Gamma Beta Phi, Pi Sigma Alpha, and the Golden Key Society. She was also a columnist with the Collegiate Times. Erika earned her J.D. from the University of Richmond School of Law, where she graduated with a certification of concentration in family law. In addition, she worked and served as a Teaching Assistant for the Jeannette Lipman Family Law Clinic. She was also Executive Editor of the Richmond Journal of Law and Public Interest, served on the University of Richmond Client Counseling and Negotiation Board, and earned first prize in Richmond’s Client Counseling Competition.

A native of Chesterfield County, Erika is an active member of Mt. Pisgah United Methodist Church in Midlothian, as well as being a member of Midlothian Ruritan Club. In her free time she enjoys singing, reading, ballet, and scrapbooking. She resides with her husband and children in Midlothian.
Read more

Brandon was born and raised in Norfolk, Virginia. He attended Wake Forest University and graduated with a Bachelor of Arts in History. While at Wake Forest he was a member of the Sigma Alpha Epsilon fraternity and the Phi Alpha Theta history honors society.

Brandon is a Partner in our firm, joining WMMLegal in 2013.

Brandon spends much of his time in the courtroom – enjoying splitting his practice between criminal and civil litigation. Brandon represents individuals in all criminal arenas, including but not limited to DUI (DWI), drug charges, larceny, possession and other major felonies. He is certified by the Virginia Indigent Defense Commission for felony, misdemeanor, and juvenile criminal cases. Additionally, Brandon is a certified Guardian ad Litem.

He also represents individuals and small businesses looking for resolution in the courtroom through his civil litigation practice. Brandon takes pride in building long term relationships with his small business clients.

Out of the office Brandon spends his time cooking and playing tennis and golf. He lives in Henrico with wife Eleanor, two daughters, and their dog Walter. 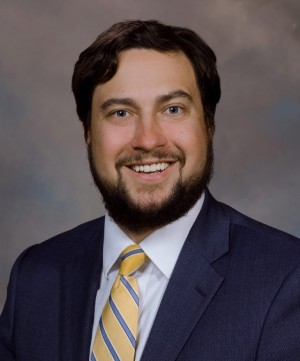 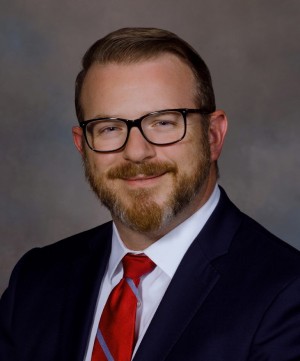 Steve Mutnick practices primarily in the areas of criminal, traffic defense, and as private counsel in civil cases, including custody and visitation. Steve regularly practices in the counties of Chesterfield, Henrico, Hanover, Richmond City, Powhatan and other jurisdictions in central Virginia. He is certified by the Indigent Defense Commission as defense counsel for misdemeanors, juveniles, and felony cases.

Steve regularly represents those accused of serious criminal matters including murder, violent crimes, drug distribution and possession, theft and larceny related crimes, and other offenses in front of both Judges and juries. Steve has been a practicing criminal attorney since 2007.

Steve serves as Counsel to the House of Delegates Courts of Justice Committee, where he advises the members of the General Assembly on important issues in criminal and civil law. From 2016 to 2018, Steve served on the Chesterfield-Colonial Heights Criminal Justice Board.

Steve has been an instructor for the Virginia CLE since 2013. In 2016, he created and was lead faculty in Representing the Criminal Juvenile Defendant: Navigating the Juvenile Justice System. Since 2017, Steve has been the lead faculty and moderator of the DUI Defense and Defense of Serious Traffic Offenses continuing legal education program. Steve has also taught at the Commonwealth Attorneys Services Council Spring Institute, the Virginia State Police Academy and the Henrico Police Academy. Steve was also the author of the “Juvenile Criminal Defense'' chapter in the Virginia Deskbook for Practitioners.

Born and raised in Burke, Virginia, Steve attended the College of William and Mary with a major in Public Policy. After college, he attended the TC Williams School of Law at the University of Richmond.

Sycamore Title launched in May 2021 to provide leading real estate title and closing services to the greater Virginia area. Our name reflects our mission. The Sycamore tree is known for its longevity, strength and protection — and that’s what we bring to the table each day for our customers!
As a hub for sports tourism and its high quality of life, Richmond is renowned for its amenities and its well-established reputation of being a great place to raise a family.
Our team delivers a high-quality product to our customers, on time, and don’t take ourselves too seriously. We’re a relaxed and flexible work environment focused on productivity and attention to detail. Welcome to the Sycamore Title family. We’re glad you’re here. 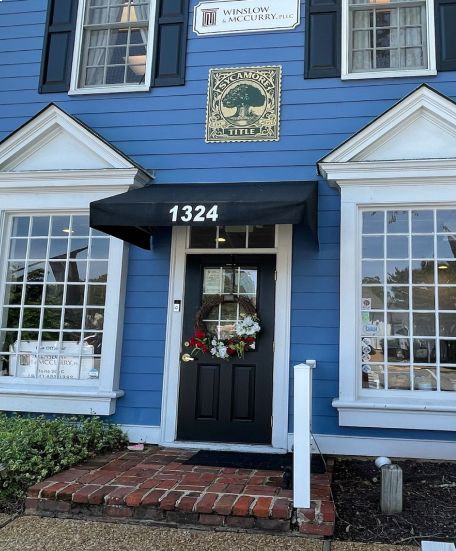 Are you a dedicated title professional who specializes in great customer experiences? We want to talk to you! Check out openings with the Sycamore Title team.
Work With Us
Copyright © 2022. All rights reserved.
Privacy | Terms of Service | Disclaimer